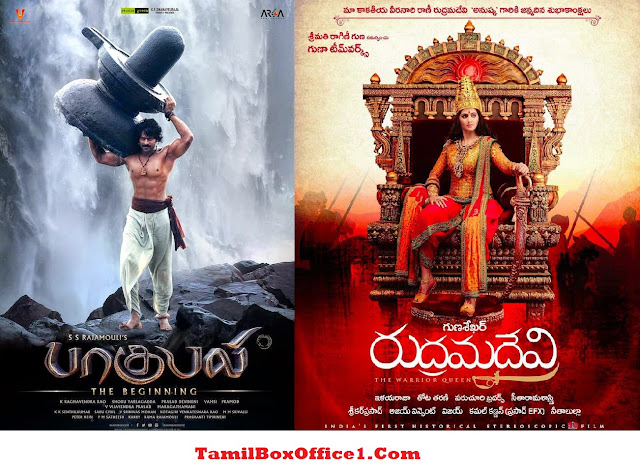 Sri Thenandal films bags TN distribution rights of both Baahubali & Rudramadevi for record prices, both on NRA(Non Refundable Advance :MG) basis. Rudramadevi deal has been straight from the producers but for Baahubali they have bought rights from the Studio Green who initially own them in association with UV Creations.

Both are record prices as the highest distributor share for a dubbed film is Arundathi (6.5Cr) which has released in 2009 . NaanEe a Bilingual film has raked 10Cr share in TN.

Posted by Unknown at 1:43 AM
Email ThisBlogThis!Share to TwitterShare to FacebookShare to Pinterest