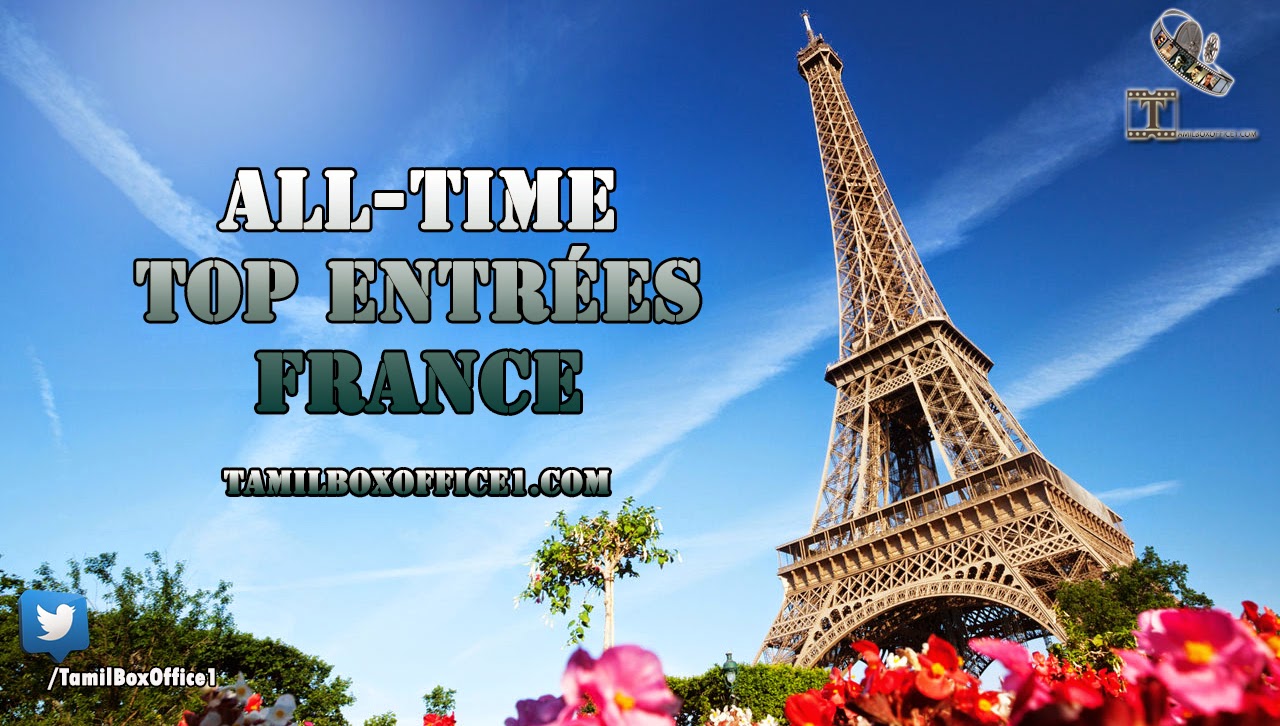 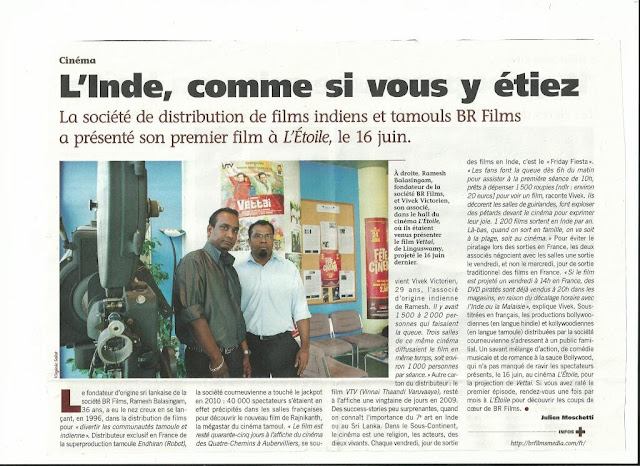 † Translation for the above article:

The 36-year-old Sri Lankan-born founder of BR Films, Ramesh Balasingam, had a hollow nose when, in 1996, he began distributing films to "entertain the Tamil and Indian communities" . Exclusive distributor in France of the Tamil blockbuster Endhiran (Robot), the company Courneuvienne hit the jackpot in 2010: 40 000 spectators had indeed rushed into French theaters to discover the new film Rajnikanth, the megastar of Tamil cinema. "The film stayed for forty-five days at the Quatre-Chemins cinema in Aubervilliers ," recalls Vivek Victorien, 29, Ramesh's Indian-born associate. There were 1,500 to 2,000 people lined up. Three theaters of this same cinema broadcast the film at the same time, about 1,000 people per session. "

Another box of the distributor: the film VTV (Vinnai Thaandi Varuvaaya), remained on display twenty days in 2009. Success stories not surprising, when we know the importance of the 7th art in India or Sri Lanka. In the Sub-Continent, cinema is a religion, actors, living gods. Every Friday, the day of film release in India, is the "Friday Fiesta". "The fans are queuing at 6am to attend the first meeting of 10am, ready to spend 1,500 rupees [note: about 20 euros] to see a movie , tells Vivek. They decorate the halls of garlands, explode firecrackers in front of the cinema to express their joy. 1,200 films are released in India each year. There, when you go out with your family, you go to the beach or to the cinema. "

To avoid piracy during releases in France, the two partners negotiate with the halls an output on Friday, not Wednesday, day of traditional release of movies in France. "If the film is screened on a Friday at 14h in France, pirated DVDs are already sold at 20h in stores, because of the time difference with India or Malaysia," says Vivek. Subtitled in French, Bollywoodian (in Hindi) and Kollywood (Tamil) productions distributed by the Courneuvian society are aimed at a family audience. A clever mix of action, musical comedy and Bollywood-style romance, which did not fail to delight audiences on June 16, at the cinema L'Étoile , for the projection of Vettai. If you missed the first episode, go to L'Étoile once a month to discover BR Films' favorites.

Posted by TamilBoxOffice1 at 10:42 AM
Email ThisBlogThis!Share to TwitterShare to FacebookShare to Pinterest
Labels:Weekends All-Time