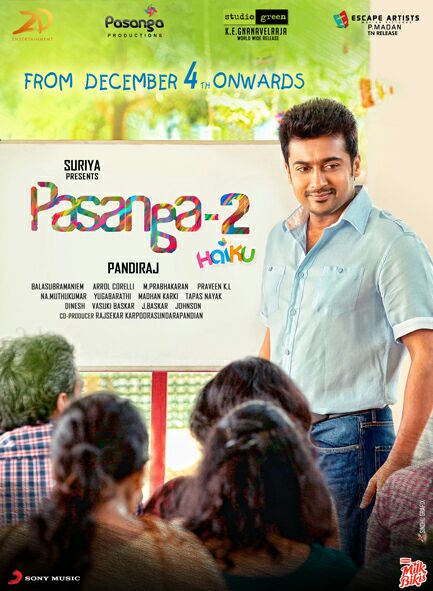 Many of you already know that we have the USA theatrical rights for Pasanga-2. Suriya has acted in a cameo in this movie, but a long cameo, he comes 10 minutes before interval and will be seen till end of the film. It also stars Amala Paul, Karthik Kumar and Bindu Madhavi. This is written and directed by Pandiraj. The directors Pasanga was a huge hit and people love that film. This Pasanga 2 is about kids in metro cities, their schools and parents. It is said to be a 'Taare Zameen Par' in Tamil. The film will attract USA audience.

The film's trailer can be found at:

We had a bad stint in October which we hope to recover with Pasanga-2. If you are interested in taking exhibition rights for your area within the USA,  you can call Ram Muthu at 214-533-6437 or email at atmus1@gmail.com.