Ajith next to Rajinikanth in Malaysia - Vedalam Box-Office Report 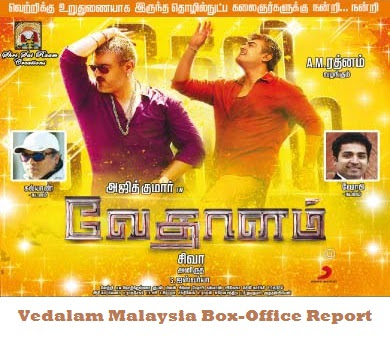 Ajith next to Rajinikanth in Malaysia - Vedalam Box-Office Report

Malaysia is the biggest overseas market for Tamil movies. Vedalam which released at All-Time record number of screens has taken an earth-shattering opening. It has managed to retain nearly every screen going into 2nd week and remained in Top 3 after 2nd weekend. The movie has grossed 7,676,603MYR [$1,755,072 | Rs 11.60 Cr] beating I which released earlier this year. This is an incredible feat as this puts Vedalam next to elite Endhiran an Sivaji making it the All-Time 3rd highest grossing movie in Malaysia. As we reported earlier Ajith's overseas market is evidently on the rise.