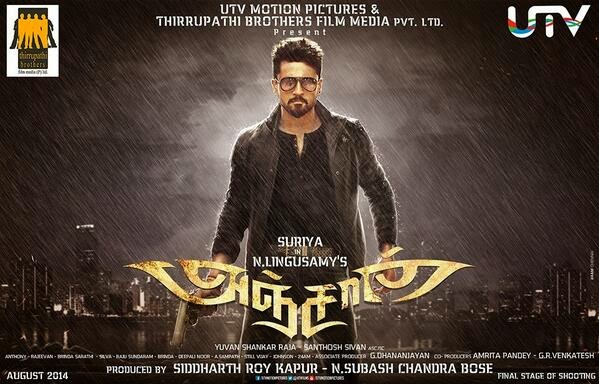 Anjaan was continued into 3rd week  in 9 countries in overseas markets at over 83 locations. Anjaan was the 2nd biggest release of this year next to Kochadaiiyaan. Despite the negative reviews, the movie is cashing in on Suriya's massive fan following in Malaysia and Australia. In Malaysia has become the highest grosser of 2014. In Norway Anjaan's the highest grosser of 2014. In UK the movie managed to become 3rd highest grosser of 2014 due to its record release. Anjaan collected ₹. 18.04 Cr in three week at overseas markets and it has been extended to 4th week in 4 countries. Here is the complete 3rd week Box-Office Report.

Posted by TamilBoxOffice1 at 11:58 PM
Email ThisBlogThis!Share to TwitterShare to FacebookShare to Pinterest
Labels:Weekends Weekly