Vedalam - Will it be Ajith`s 4th consecutive Hit Overseas ? 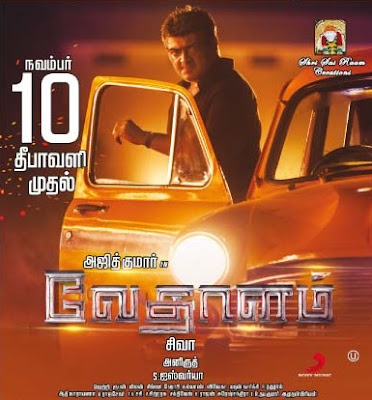 Vedalam - Will it be Ajith`s 4th consecutive Hit  Overseas ?

Vedalam is all set for a World Wide Release on Tuesday, Nov 10th. Premier shows are already confirmed for Nov 9th in Europe and . In it will be Ajith’s biggest release to date with approximately 200 screens. Vedalam will also be the first Tamil movie to release in . Yennai Arindhaal currently holds the record for widest release with 32 countries. Vedalam is expected in 30 plus countries making it the 2nd widest release in Tamil Cinema history.

Outside of Tamil Nadu, it is Overseas where Ajith’s market’s been steadily growing over the past few years. Arrambam, which released in 335 screens in October 2013, ended up collecting ₹ 28.50 Cr. It was declared a Blockbuster in Overseas. Veeram which released for Pongal 2014 also was declared a successful venture despite facing heavy competition from Jilla. Yennai Arindhaal released at 432 screens ended up as Super Hit having collected ₹ 28.20 Cr. With hat-trick Hits under his belt, Ajith's now looking for his 4th consecutive Hit overseas. We wish the entire team of Vedalam great success.

© TamilBoxOffice1.Com
Posted by TamilBoxOffice1 at 5:43 PM
Email ThisBlogThis!Share to TwitterShare to FacebookShare to Pinterest
Labels:Weekends News