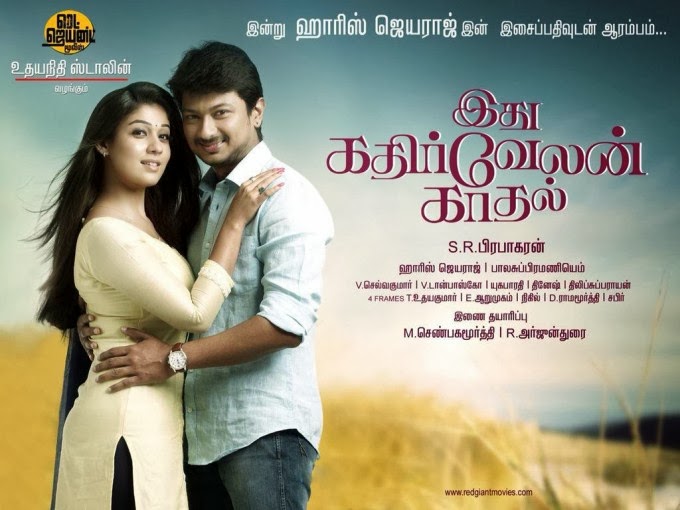 After the grand success of OK OK, Udhayanidhi Stalin is back with Idhu Kathirvelan Kadhal. IKK is a romantic comedy film written and directed by S. R. Prabhakaran starring Udhayanidhi Stalin, Santhanam and Nayantara. Produced by Udhayanidhi Stalin himself through his Red Giant Movies banner, the movie will witness a grand world wide release for Valentines Day on Friday Feb 14th 2014. IKK releases in approximately 320 Screens in Tamil Nadu and 120 Screens in Karnataka Kerala and North India. Due to FoxStar's wide reach, IKK's releasing in record number of screens in ROI. Overseas the movie is opening in approximately 110 Screens in over 15 countries with premiere shows scheduled in US and UAE for Thursday Feb 13. Here is the break down of overseas screen count by country.

Posted by TamilBoxOffice1 at 12:07 PM
Email ThisBlogThis!Share to TwitterShare to FacebookShare to Pinterest
Labels:Weekends TheatreList